One of my dreams of 2017 was running four races. A quite stubborn knee injury decided otherwise. Since I quickly felt less fit I decided to buy an activity tracker, the Fitbit Flex 2. I bought that version because it doesn’t have a screen so I can still wear my watches. 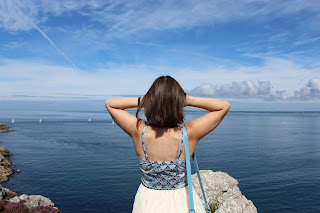 👍 The confrontation
For starters it’s quite confronting. All of a sudden you realise you only walk 6000 steps on a regular day. The first month I really wanted to improve that number, so I started walking during my lunch breaks. It’s someting I now try to do at least twice a week. I also try to walk to and from my work but that’s still a work in progress. However, this effect quickly diminished with me…

👍 The challenges
If you have some friends who also wear a Fitbit, you can do weekly challenges or challenges during the weekend. For me this is also a good way to try to walk as much as possible because I really want to beat them! A little competitive here, yep.

👍 The reminders to move
If you haven’t set 250 steps when you’re 50mins into an hour, your Fitbit will send you a reminder to move, several short vibrations. Whenever I get one of these on my job, I get up to get some water. It’s not 250 steps so it doesn’t count for your hourly progress figures, but it’s something.

👍 The “waterproofness”
I just love how I don’t have to think about taking off my Fitbit when I take a shower or when I go swimming.

I’ve had a week off last week and enjoyed it to the fullest. Spending an afternoon and an evening in the pool and in the sauna definitely was an amazing way to end it 💕

👎 The syncing
My Fitbit is horribly with syncing, and someone I know who also has a Flex 2 feels the same. I basically have to sync every day (which I do every morning now) or he for example says I haven’t set any steps on a particular day. The weekly reports they send every Monday also aren’t complete when you don’t sync on Sunday, which makes the report really useless.

👎 The reminder to charge
I charge my Fitbit every Sunday night and some 15mins every Wednesday morning, which should be enough for the full week with daily syncing. Sometimes I forget to charge it and I notice during the day that my Fitbit has died, even though I hadn’t had any notice that it was about to die. There is a sign for that (a red led flashing), but somehow I always miss it when it flashes. It sucks when you know you’ve walked a lot, but it didn’t register because your Fitbit was dead.

👎 The sleep tracker
You can get obsessed with getting enough sleep, leading to (more) sleepless nights. You can of course remove it from your dashboard so you aren’t confronted with it.

Overall I’m happy with my Fitbit: it’s a decent tracker, with some flaws, but which helps me to remind myself to move enough. It’s also fun to crush that daily goal! 💪

Do you own an activity tracker?
xo Noor