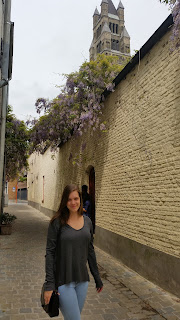 As you might have read in one of my previous posts, I’ve made a deal with myself to buy only 16 pieces of clothing in 2016. Now that 2017 has arrived you might be wondering if I succeeded!

I’m super glad to say I did it! What’s even more: I only bought 14 pieces in 2016!! 😀 By December I had bought so little things I could easily buy a new NYE dress and sportswear, yay! Want to know more about the rest of my new things? Let’s start with the ones you could have spotted on my bog:
1. My first new piece was a new H&M cardigan, of which you could read the whole story in my 16 in 2016: the first piece blog post. Looking back at this piece, I just REALLY want to go to Bruges again; such a lovely city! 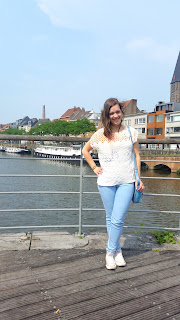 2. The second piece was an awesome Zara t-shirt, which you could see in my OOTD: Sun’s out! blog post. This is SUCH a summer piece! So happy I stumbled upon it! 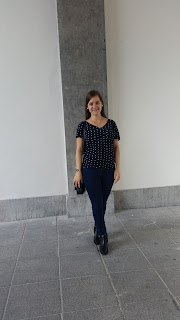 3. Next up is my favourite polka dot tee from Vila! I already told you about it in my 16 in 2016: number two! blog post. Yep, I had forgotten about my real second piece, which was the colourful tee. Oops! 😀 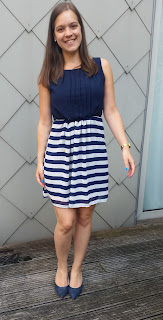 4. Then came in this wonderful pair of Jhay heels! I’ve worn them so much in Summer! Can’t wait for warmer weather so I can wear them again! This might come as a shock to some people, but this is the only pair of shoes I’ve bought in a whole year. (Besides my running shoes then). Yep.
You could see me wear these heels in the 16 in 2016, number three blog post (still hadn’t figured out it should have been four by then 😉 ) or when I posted a picture about them on my Instagram page. 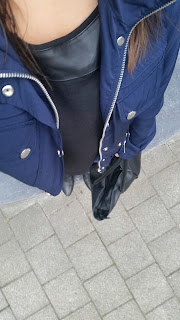 5. I kept a daily #FWIS for a while, before abandoning it because of the darkness before or after my work. The fifth piece of 2016 could be spotted there: a super fun Esprit raincoat. Saved me so many times when I used to ride my bicycle to work! 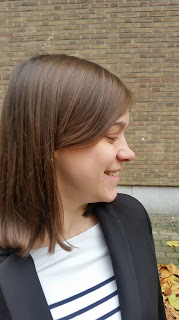 6. Next up is a striped H&M top, which you could see in my OOTD: You can never have too many striped tops blog post. I’ve been wearing this one a lot lately, because it’s so warm! 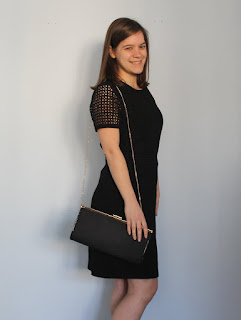 7. I used to wear dresses quite regularly, but now I’ve grown tired of the ones in my wardrobe and can’t find any nice new ones. However, this one from Oasis is awesome! I bought it for the holidays, as you could read in my Shoplog: Zalando for the holidays blog post. 😀 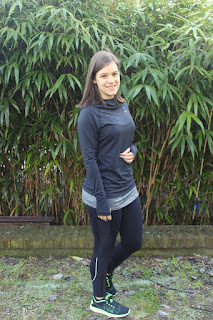 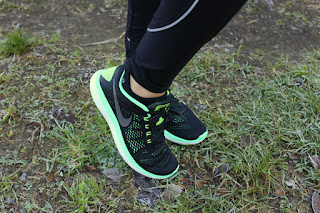 8 + 9. I’ve also bought some running gear, as you could read in my Shoplog: Zalando for running gear blog post.This Even&Odd hoodie keeps me perfectly warm when I run in the Winter and running in my new Nike running shoes feel like running on clouds. Lots of love!
So far my new pieces I’ve featured here on the blog. Besides that, you could see several other new pieces passing by on my Instagram page @clothesndreams 😀

10. More new running gear! I bought this cool H&M top and turned out a friend of mine bought it in white! 😀

11. Next up is a simple black and white striped H&M tee, which is a bit cropped, but perfectly wearable on a high-wasted jeans. Yay! 😀

12 +13. Meet my newest light grey Mango jeans. This one fits sooooo good!!
You can also spot my newest Street One top. I just loooove wearing this one! It looks super classy, which is why I loveed wearing it to work, like, constantly! :

14. Last but not least. This one was a bit hidden under a bunch of other layers during my trip to London: my awesome blue Mango top. I just love blue pieces, so when I saw this one I was sold!:D
As you might have noticed, I didn’t buy that many clothes, but I’m absolutely crazy of the ones I did buy! 😀 I’m not planning on repeating this experiment in 2017, though. I did feel like I though better about buying a piece or not, but I don’t want to be limited again. I already went shopping in 2017 and I didn’t need to buy eeeeverything, which might be a (good) result of the experiment anyway. 😀

Would you be able to buy only 14 pieces in one year? 😀