One of the perks of having international friends is you always have a place to stay when you decide to go traveling two days later. That’s how I ended up in Bologna some weeks ago. The weather was great (vs. the rain in Belgium, everything is good!), I stayed with a friend I hadn’t seen in six years, we visited another friend of ours and the food was delicious. Yep, I had a great time! 😀 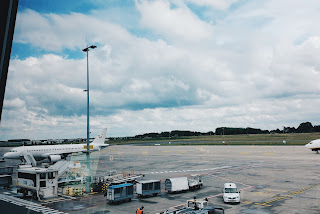 In the three days I stayed there, we visited quite some places. Based on my time there, I’ll give you an overview of what you really should visit or do while you’re there. 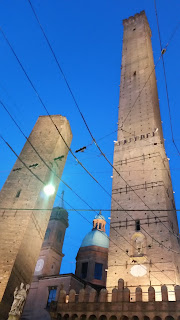 When you arrive in Bologna you’ll immediately see them: the two towers of Bologna. We visited one of them on my first day in Bologna, even though my friend said before climbing it she wouldn’t visit it: in Bologna it is said that if you climb the tower, you won’t graduate. Oops, sorry Vero! 😀 If you’re afraid of heights (as I am), you won’t like the climb AT ALL. The stairs are built on the inner sides of the tower, so you can clearly see how much you would fall if you would fall. Remembering the small wooden handrail still gives me the chills. The view on top of it was incredible though, so it was worth the (awful) climb! 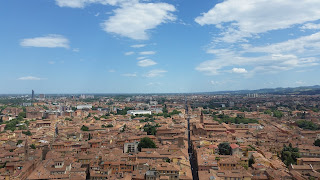 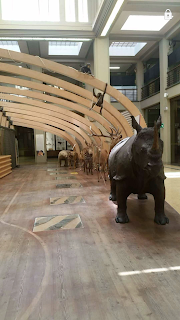 If you’re afrais of heights and want to get an overview of Bologna, if you just want to get outside of the city for a bit or if you just want to walk around, then the sanctuary of the Madonna di San Luca is a good option. Like when climbing the tower, we had to climb a lot of stairs here too, but luckily they were low to the ground. There were a lot, though. And it was noon, so it was hot. But luckily the view made it all worthwile! 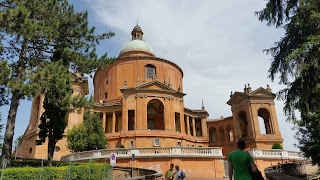 Even though we didn’t visit it, the Basilica of San Petronio seems like it’s worth a visit too. It’s the tenth largest church of the world and truly impressive. My friend told me that it’s really beautiful inside, but I couldn’t check this because we didn’t have time enough. If you’ve ever been inside, do let me know if it’s as beautiful as she told me! 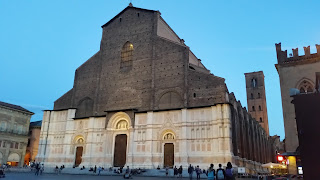 When in Italy, you should of course also eat gelato! 😀 The best one I tasted was from a gelateria next to the towers. It was SUCH a good reward for me surviving the climb. 😉 You could choose between so many different flavours, which sounded all super good to me! Italian ice cream really are the best to me! 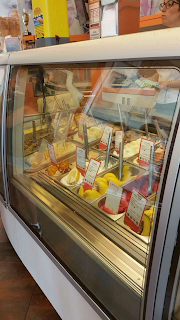 Since the weather was so good in comparison to the Belgian weather, I just couldn’t stay inside the whole time. We spent a lot of time walking around Bologna, which really is such a tiny, pretty city! So even though it’s not a “real” activity or visit, just do this: walk around in this city, get lost and feel that Italian spirit! Walking around in this city made me fall in love with Italy once more. 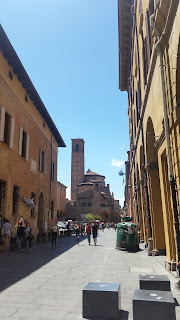 So, if you want to make a calm city trip to an Italian city, Bologna might be a good choice! Just one big tip: don’t go there in August! My friend told me she would go back to her home town in August, just like most of the people and students living in Bologna. Almost every shop will be closed and the city will look abandoned. If a lot of shops and bars are closed and you got to search a lot to find somewhere to eat or drink, there’s no much joy in traveling, I believe.

Have you ever visited Bologna? 😀