2015 has come to an end and 2016 has arrived. It’s been a wonderful year filled with awesome people, awesome moments and awesome opportunities. I’ve had so many dreams at the beginning of the year, let’s have a look at how they went. 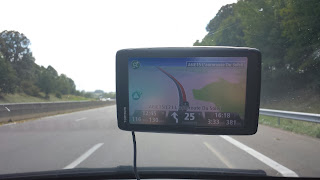 This dream was so much fun! The boyf and I spent a week in France, driving around with our car. Great memories were made during that trip and lots of songs will remind us of our trip. Loved fulfilling this dream!

By living in Leuven I’ve spent more time with people studying there. I’ve tried to meet everyone in my phone book at least once. It’s been a busy year, but I’m glad for the people I’ve spent it with.

♡ Live sugar free
I’ve tried this one twice, but failed as many times too. I’ll keep on trying though!

♡ Work out at least twice a week

Yeaaaah this one… I tried, I really tried, but I had a 2-month break during my internship and a 3-month break during the Summer. Exactly, that’s almost half of the year. Next year I’ll reduce this dream to once a week, seems more manageable. (;

♡ Fly in a hot air balloon

I kind of forgot about this dream until it was too late (i.e. too cold)… This year this one will work out.

I trained to do them between April and July, but then I moved back home and quit. I still really really want to learn to do the splits, so I’ll keep you posted! 😀

I got a sewing machine for Christmas, so that’s a start. Next year I want to sew my own skirt!

Wondering what I want 2016 to bring me?
♡ Live sugar free
♡ Work out at least once a week
♡ Fly in a hot air balloon
♡ Do the splits
♡ Sew a skirt
♡ Run a half marathon
♡ Travel more

It’s been a busy year where I’ve neglected my blog too much. This year I’ll try to be a better blogger and to fulfill all of my dreams.