This weekend I went to Leuven with the boyfriend. We actually had some kind of plan to visit Paris, but because of the boyf’s exams we didn’t have that much time to plan everything by last weekend, so instead we visited a Belgian city. Even though I had studied for a year in that city, I hadn’t really visited the touristic sites so we changed that! I had planned several things to do on Saturday and both my boyfriend and I loved what we had done! 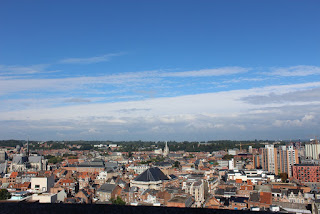 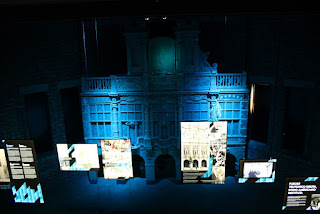 First we visited the tower of the Central Library, where you can get an incredible view over Leuven after climbing 300 stairs. You also get a small overview of the history of the library on each level of the tower. Once you’re at the top you can see all the important spots and using the map you get when buying the tickets you can name what you are seeing. 😀 Tickets can be bought at the desk of the library itself. I wish I had a picture of the Central Library itself, because it is a wonderful building, but unfortunately there was a fair in front of it that blocked the view of the building. 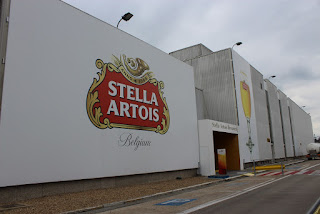 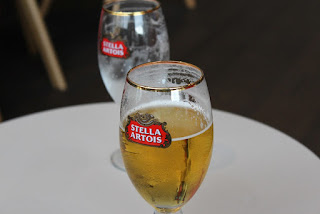 Then we went to the Stella Artois brewery. My boyfriend is a real beer lover so of course he loved this! A guide told us the history of the brewery, showed us how beer is made and bottled. Afterwards we had 30 mins to drink some Stella Artois and we also received a Stella Artois and a Hoegaarden can. You can buy your individual tickets at www.breweryvisits.com, but then you have to join a group of more than 15 persons. On Saturday and Sunday there are also visits with smaller groups, for which you can make a reservation by mail to Toerisme Leuven. 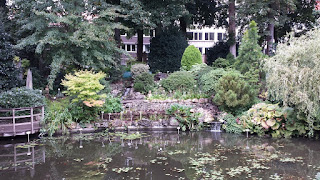 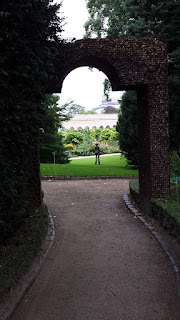 Then it was time to see some nature. The Kruidtuin is the eldest botanical garden of Belgium. It supplied medical students with their herbs and later on it was handed over to the city of Leuven. You can now visit this garden for free and on sunny days it must be the most charming place to walk around or sit at one of the benches. Since it was raining the whole afternoon, the garden wasn’t as charming as it could have been, but we still enjoyed walking there. 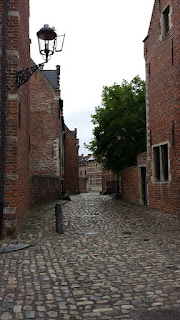 The last spot we visited was the Grand Béguinage. This sort of town in a town started out as a community for unmarried, semi-religious women around 1232. The eldest building in there dates from the 1600s, so when you walk around there you somehow feel like going back in time. 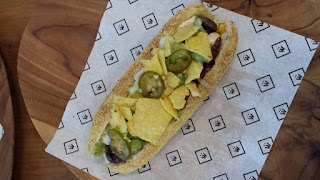 We finished the day by eating a haute dog at Würst, the restaurant of a Belgian TV chef. This is definitely the best hot dog I’ve ever eaten! It consisted of a corn bread with guacamole, mexican salad, cilantro, merguez würst, sour cream, jalapeños and nachos in it. I mean, guacamole and nachos on a hot dog? Soooo good!
And that was the end of our day at Leuven. We had a wonderful day in Leuven and even though we have visited a lot of spots, there is still so much more to see! This small city is definitely a great stop when visiting Belgium!